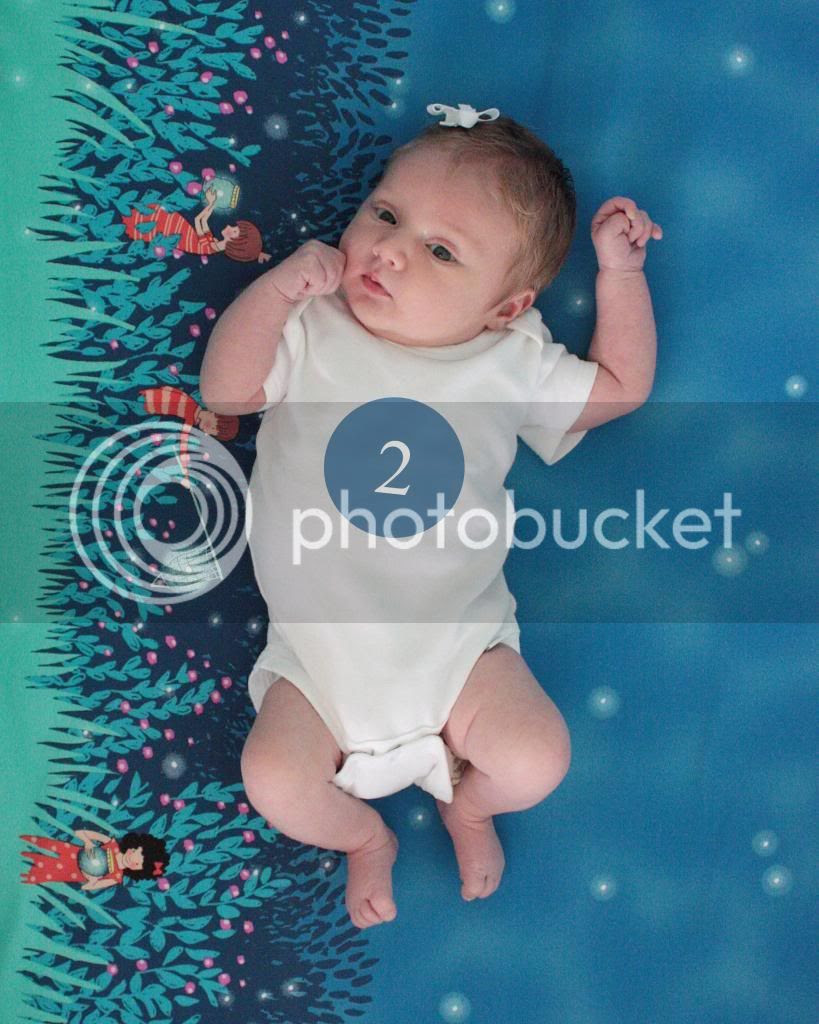 As Kenna is uncurling and waking up a bit more we are seeing a bit more of her little self. And it does seem like she is going to be having a mind of her own! 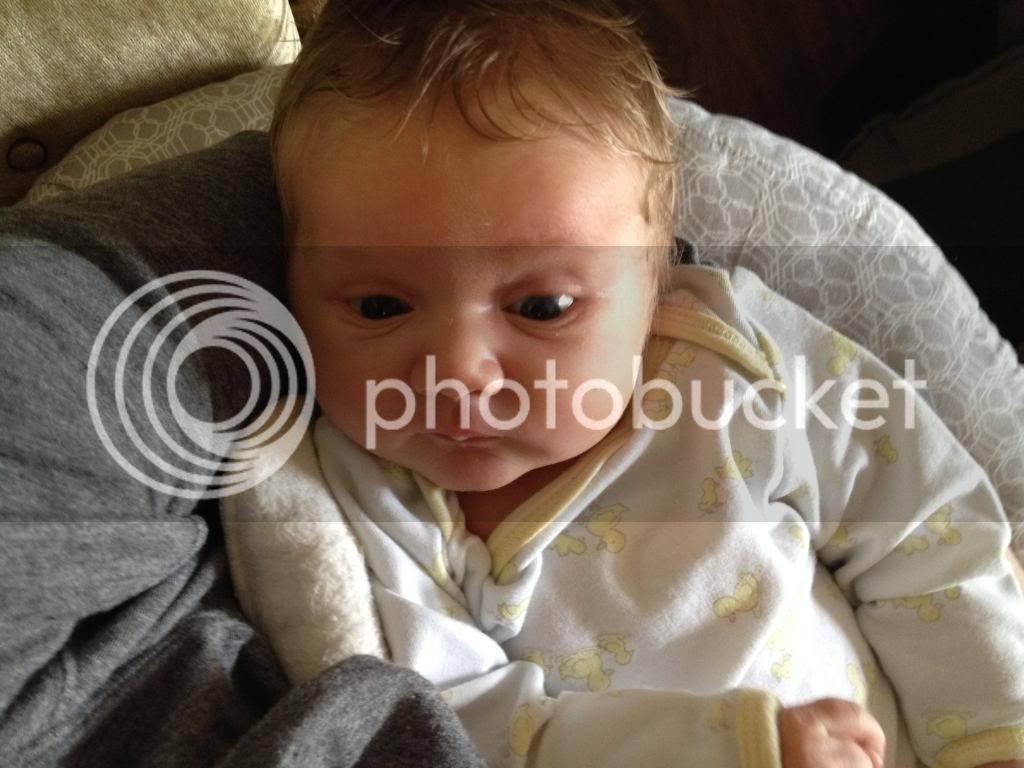 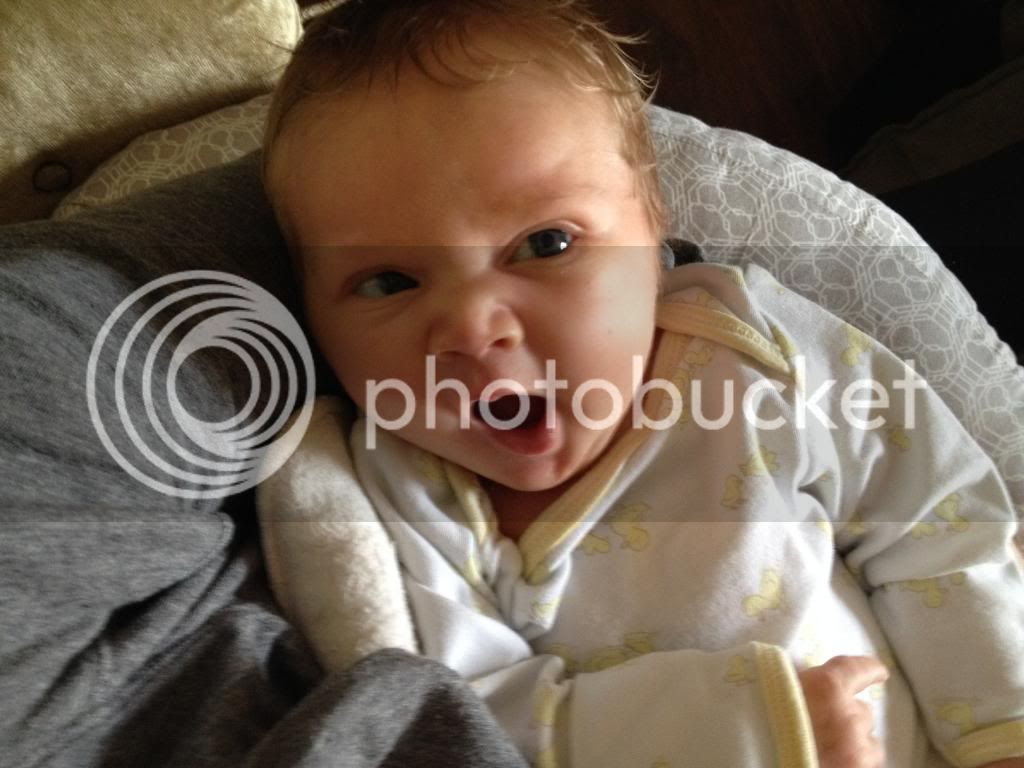 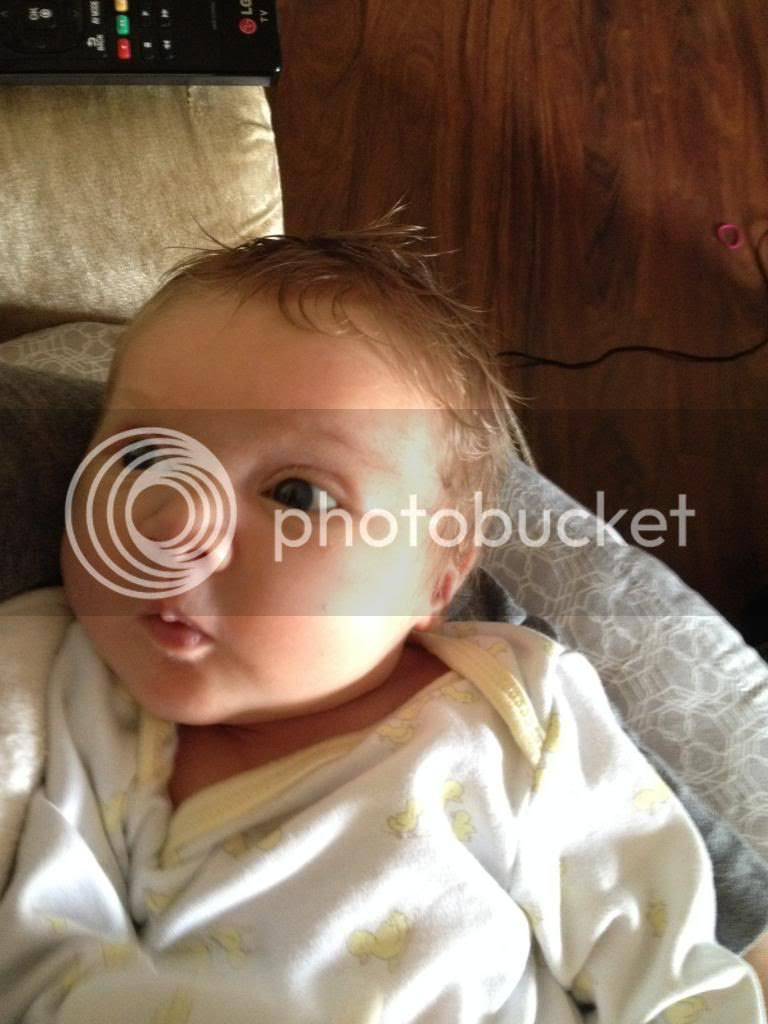 She is our squeaker and squealer, very often grumpy at this time. We're still getting to know each other, and it seems she prefers to be snuggled or swaddled :-) 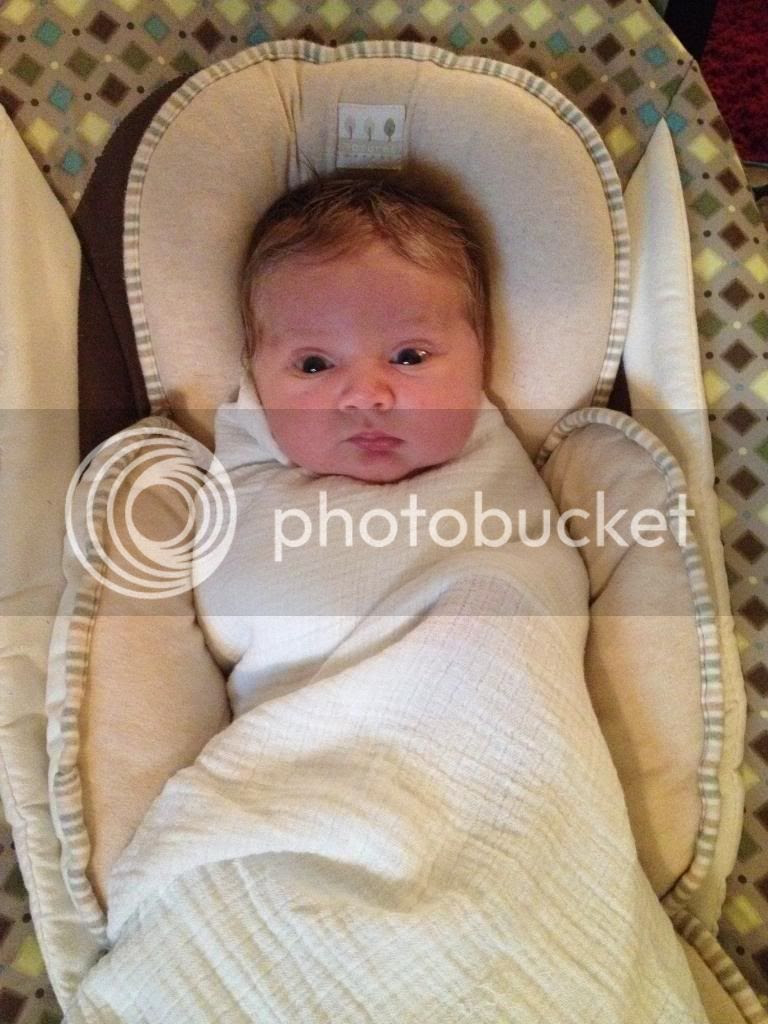 Tatum is warming up to Kenna, too. When we go somewhere she asks if Kenna is going to go with us, she "plays" with her by bringing toys over to her when she's lying on the activity mat and shows them to her, and
asks about her when she wakes up. She's not overly in-love yet or trying to take over as a mommy like I've heard other toddler girls do, but she doesn't seem to dislike or be angry that Kenna is around. 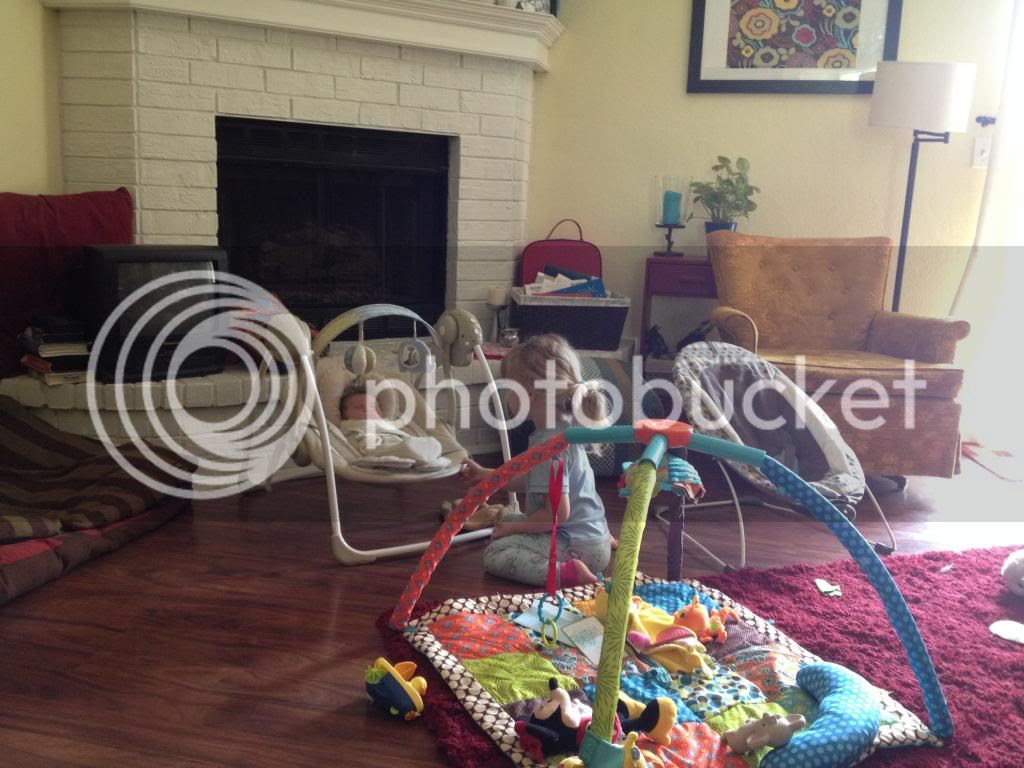 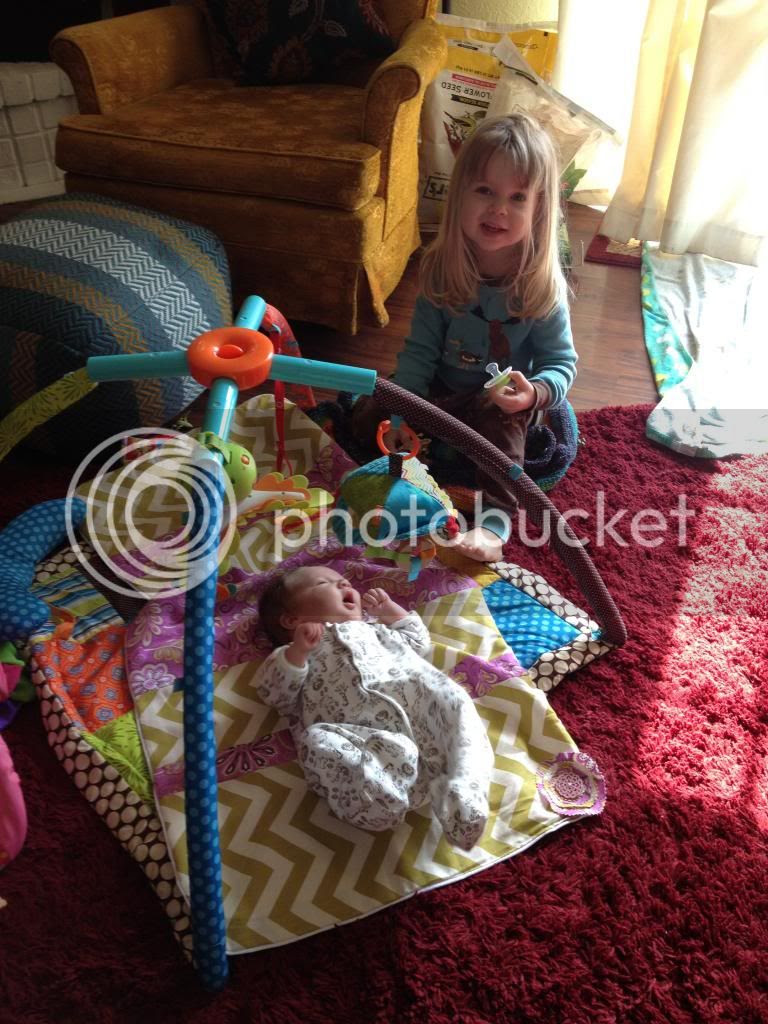 I did survive my first week at home with two kids. It would help if Kenna would start sleeping longer stretches at night, but hey, some NingXia Red and I was able to keep on trucking!

Last Monday we made crowns, and that pretty much wiped me out for crafts for the week, lol.  Luckily they were played with nearly that long! 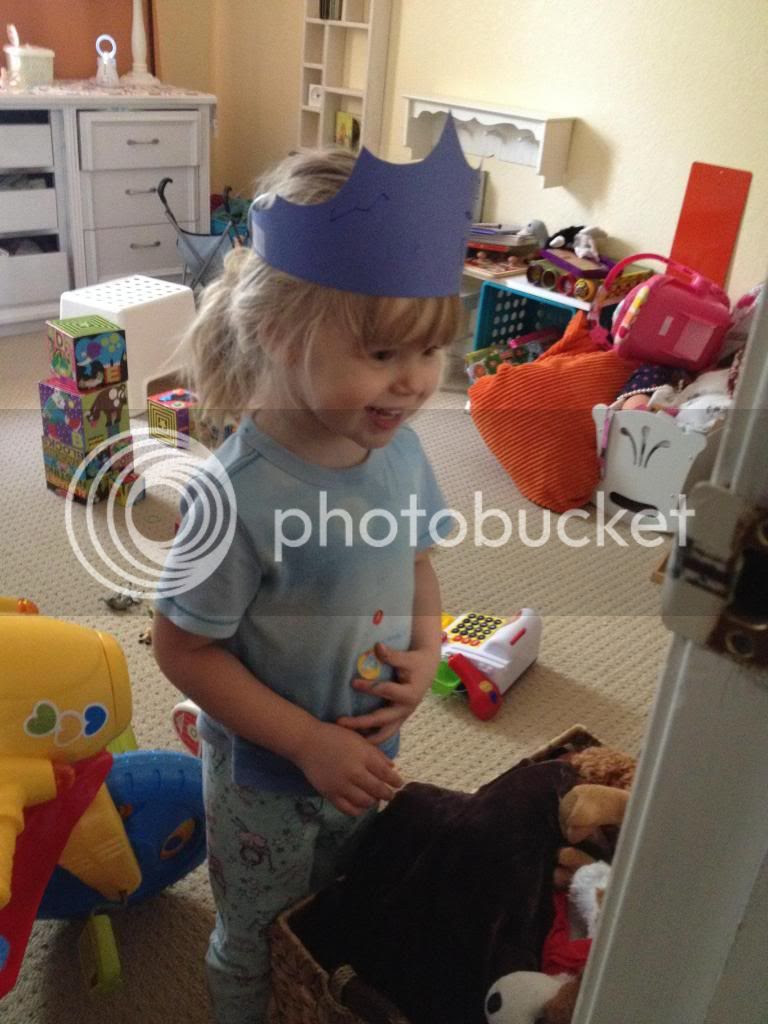 And Kenna, who had been nursing sometimes as often as every 30-45 minutes, took a bottle! Hallelujah Mama gets a break! Ammah tried first, but it seems Daddy had the magic touch! 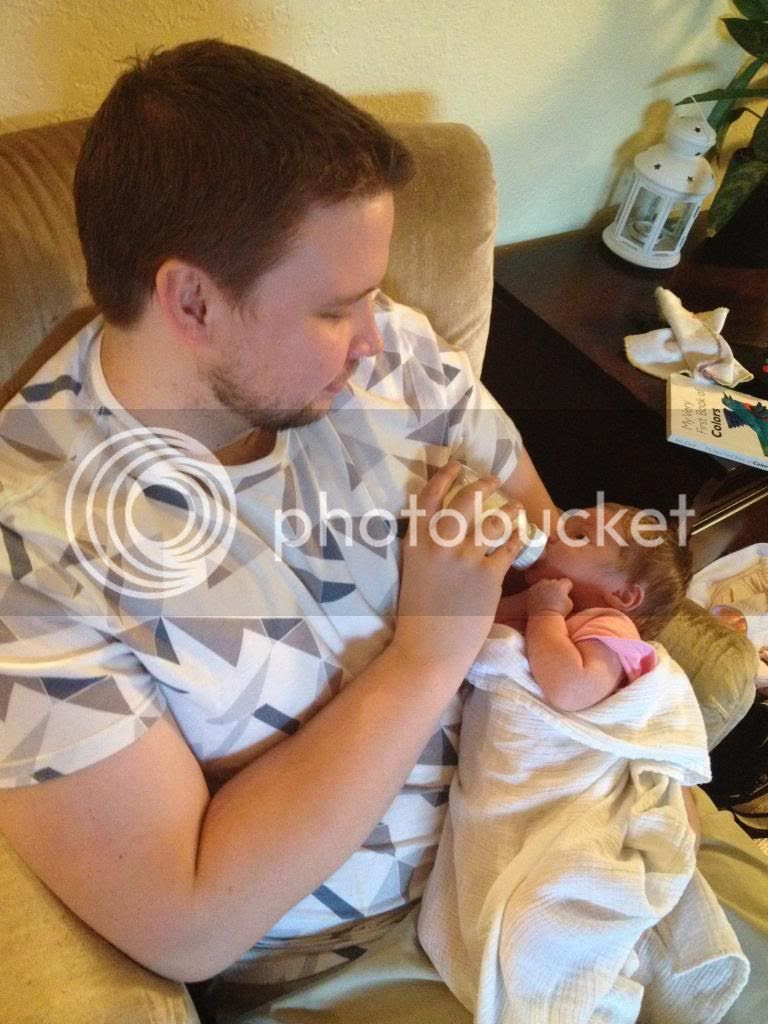 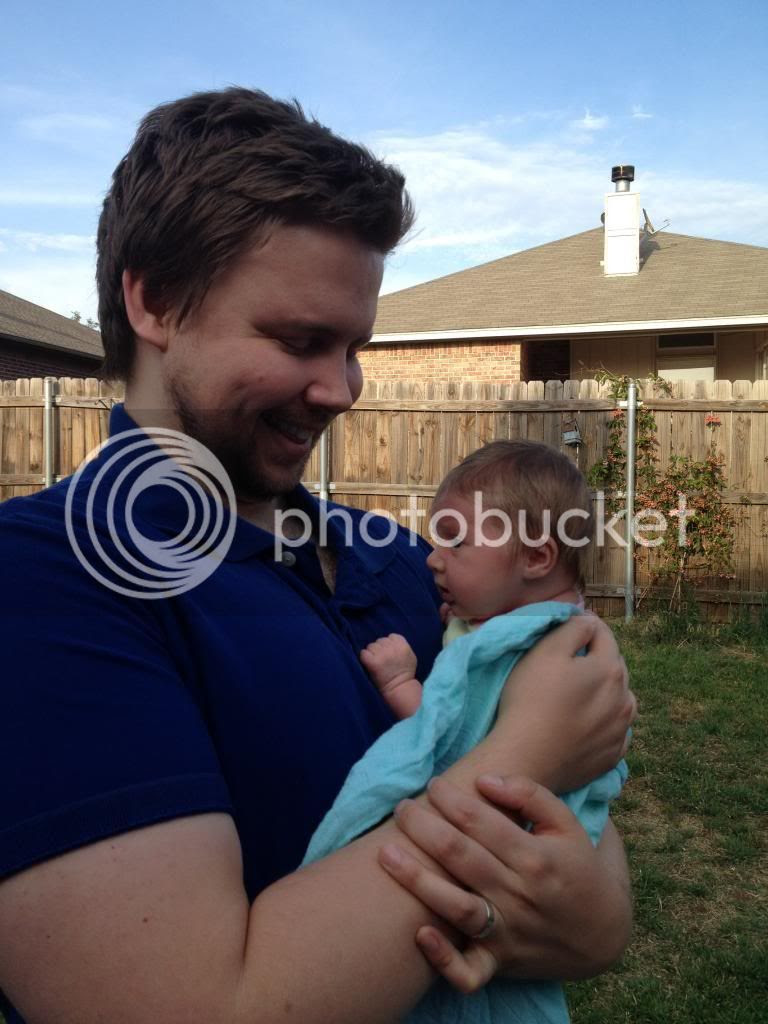 In other news, Tatum will be getting glasses this week! We began noticing that one eye was crossing when she looked at things up close, so we took her to the doctor's last week. (in this pic her eyes are dilated from drops and the crossing was more pronounced than it usually is) 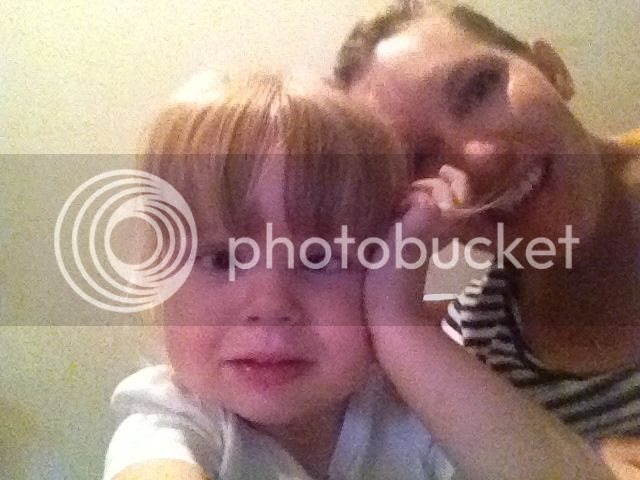 Its something that she'll hopefully grow out of, and you know I'll be using my essential oils (frankincense) as well, but for awhile you'll be seeing a mini-librarian Tatum.

We made it a family affair to go try on glasses, and here were a few she tried on at first: 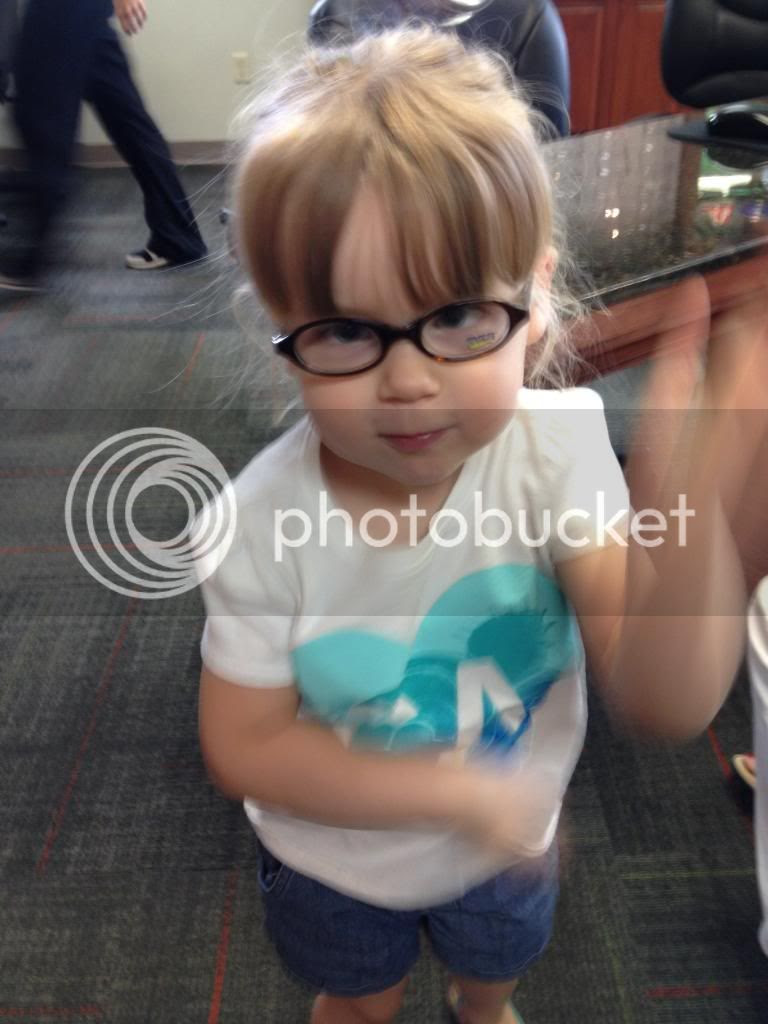 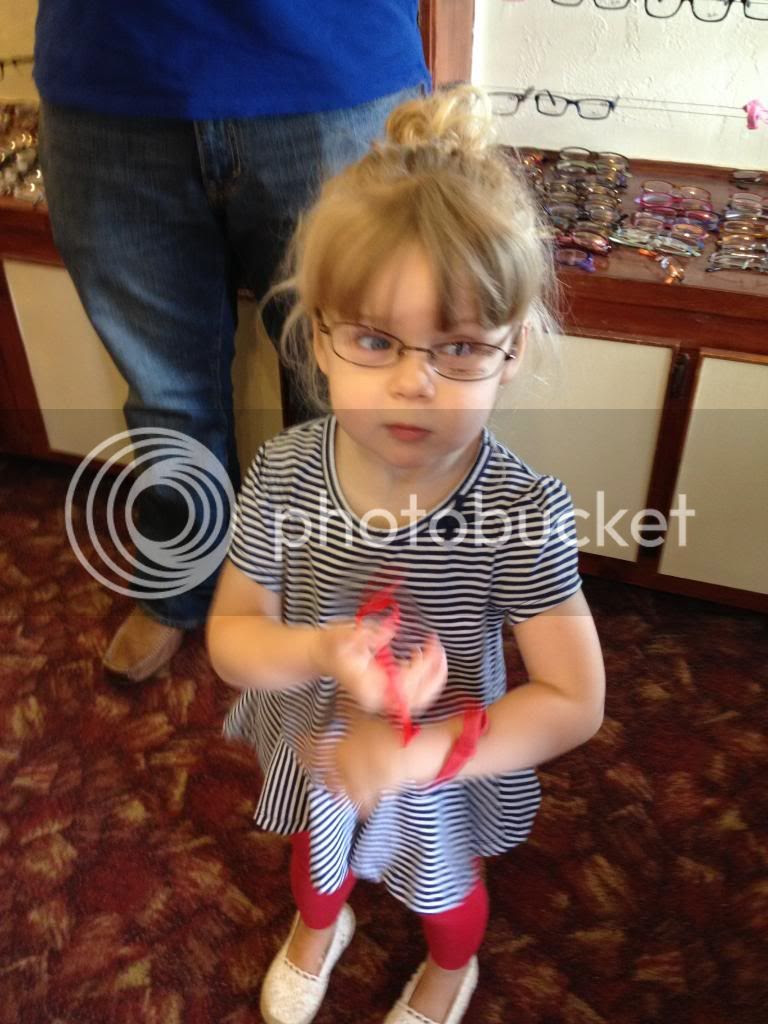 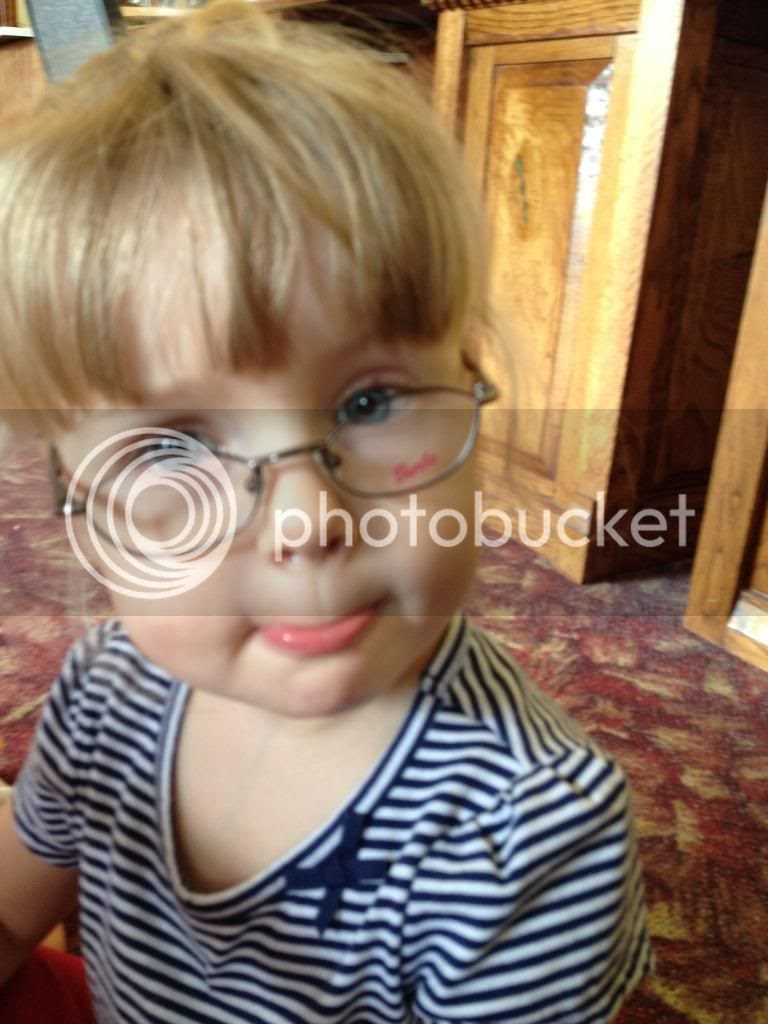 When we put on a certain pair, this girl perked up like it was a new toy. She saw herself in the mirror and started her happy dance, her little butt shaking back and forth like it had a motor in it! We could hardly get her to look at us to take a picture because she wanted to look at herself. 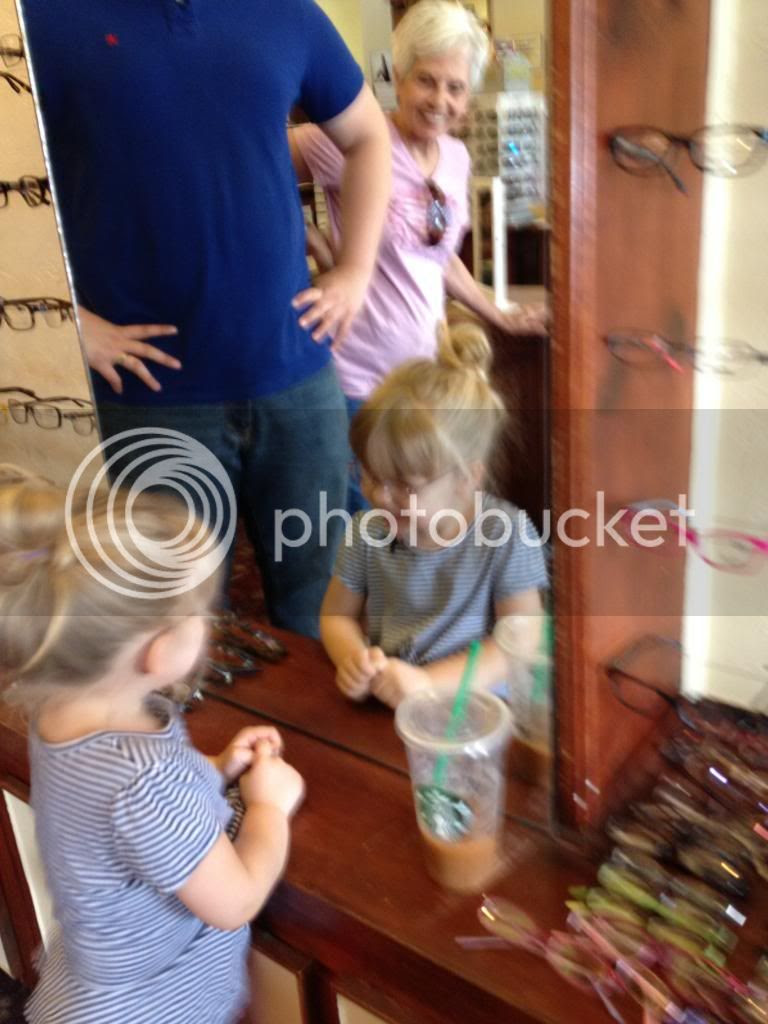 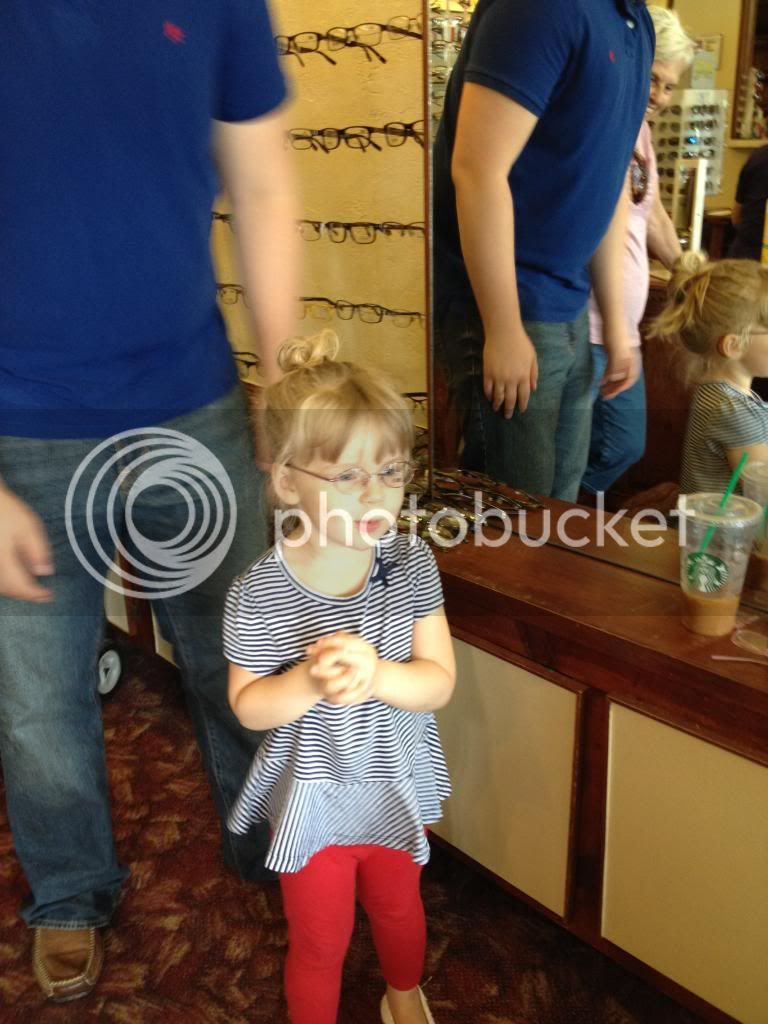 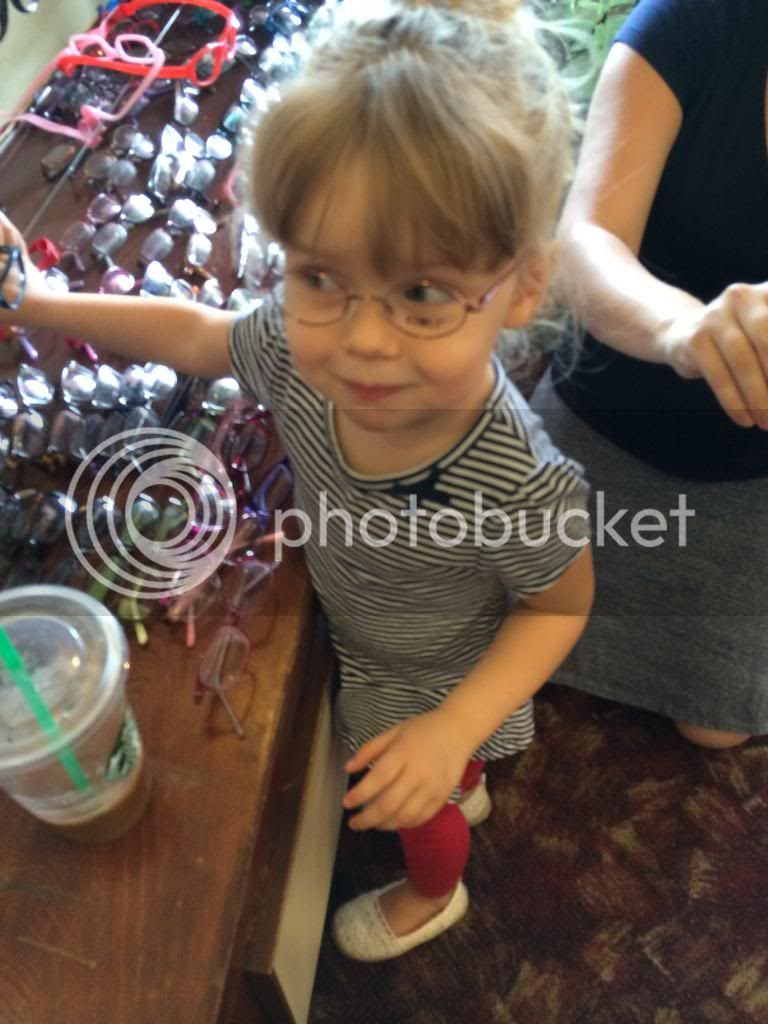 We pick them up later this week, and hopefully she'll still have the same reaction!

After picking them out, we went to grab lunch with my mom and Ammah. Tatum had decided to carry her doll around in the carrier, just like I was carrying Kenna around. 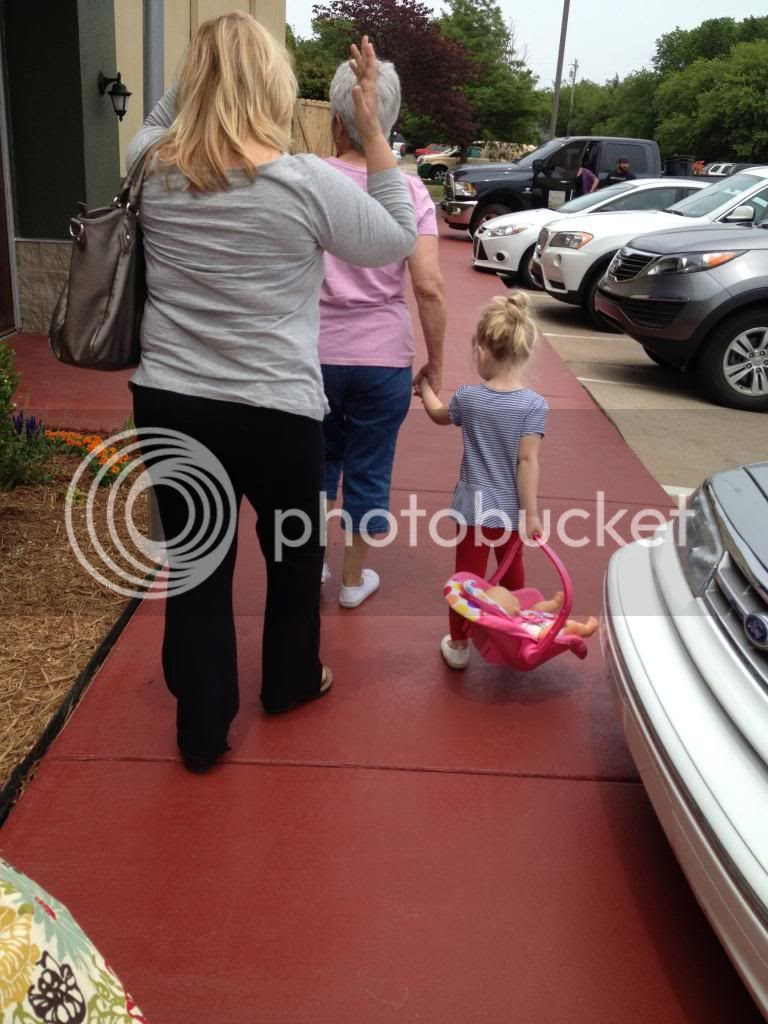 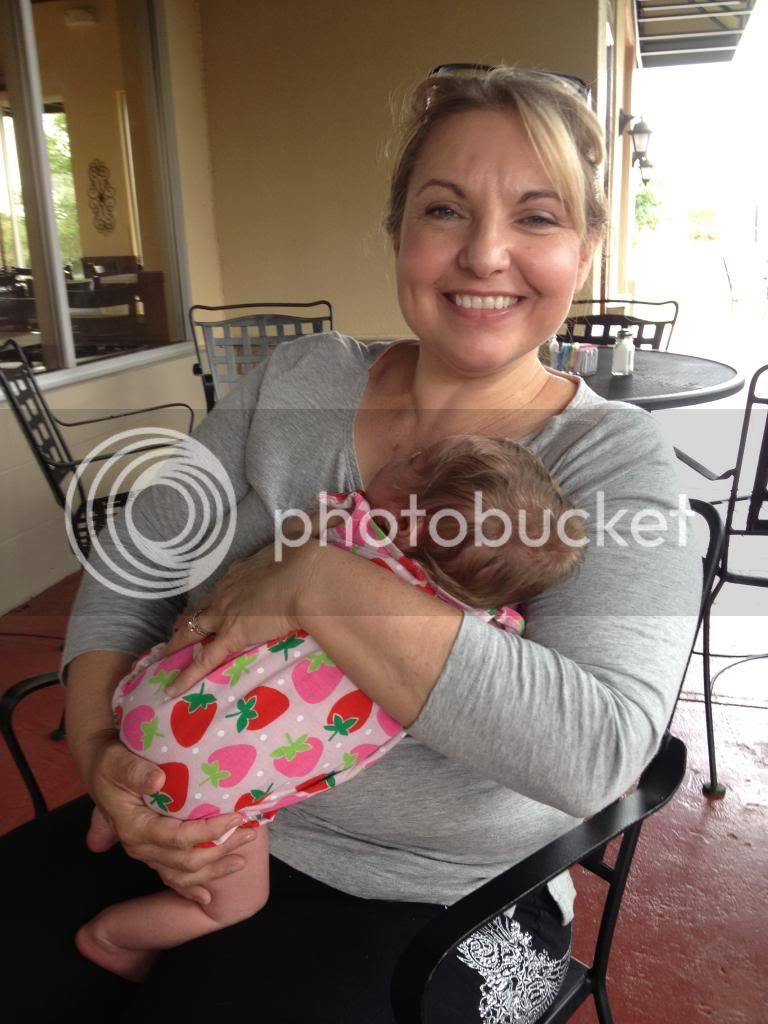 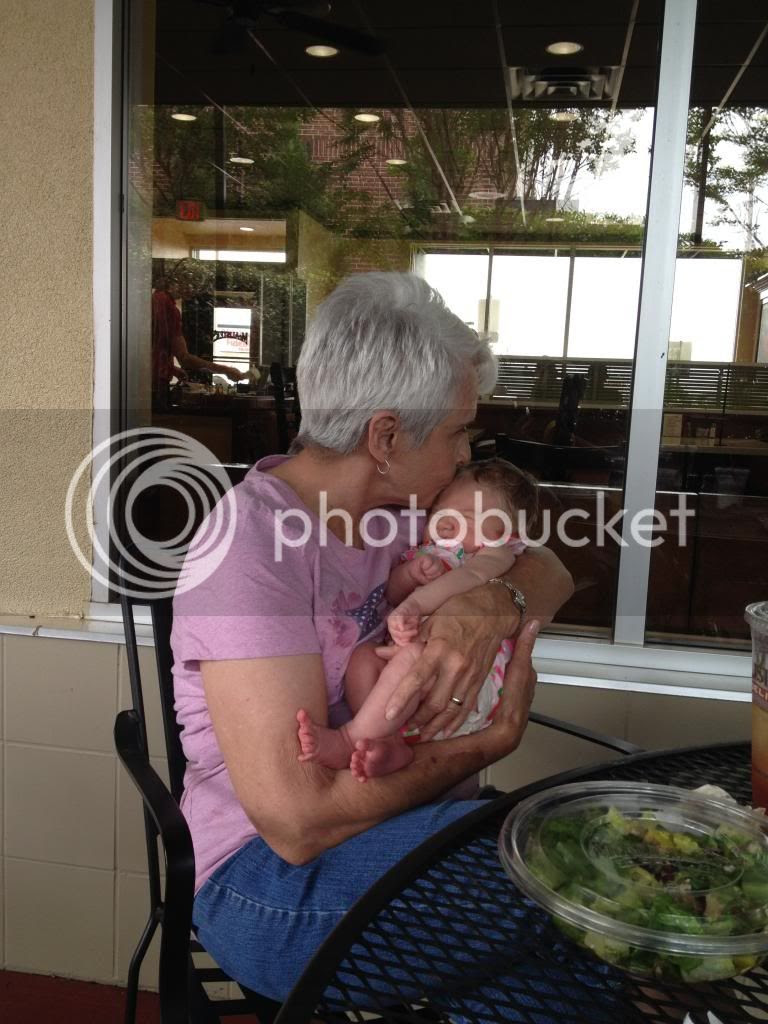 Oh, and Roy has taken up his guard-dog approach to Kenna as well. Usually he can be found lying next to her bouncer or swing, or on the floor next to (or on) the activity mat with her. 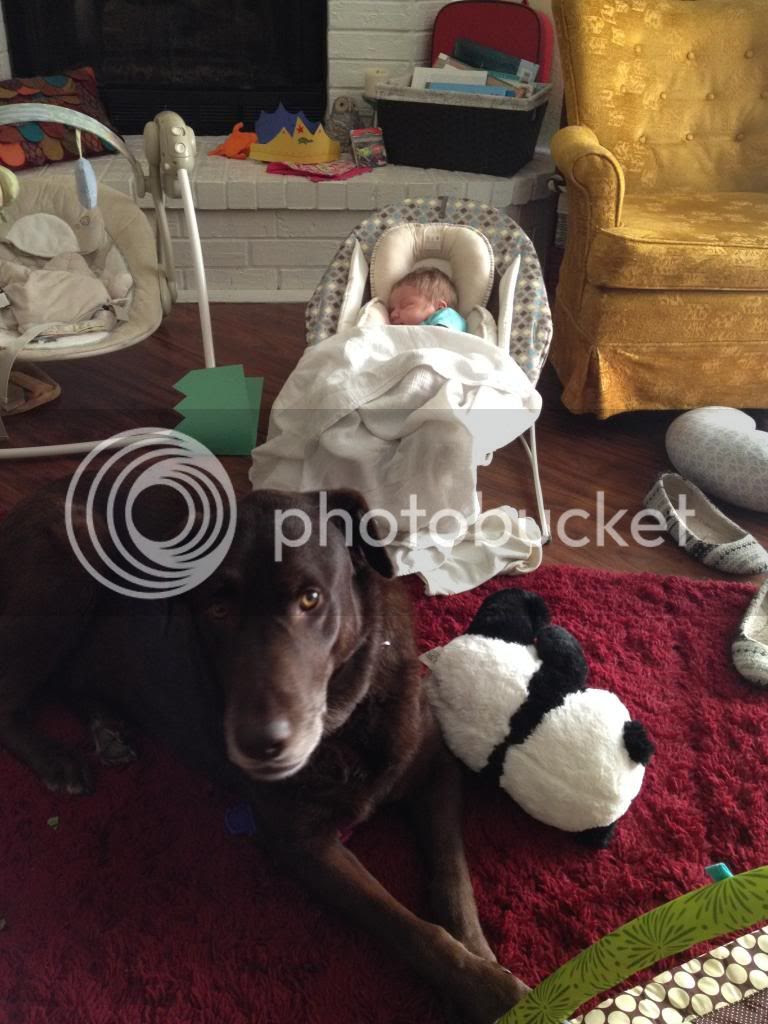